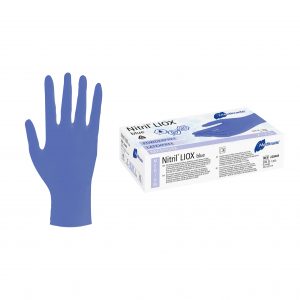 An examination and protective glove for universal use, for applications in any areas where the user is exposed to a risk of
contamination.
Suitable for emergency situations, rescue services and ICU staff. Suitable for highly infectious situations in hospitals
and in general practice. 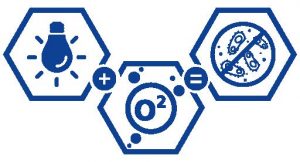 An active dye incorporated into the outer surface of the glove material converts conventional oxygen into a compound known as singlet oxygen 1O2 as soon as the glove material comes into contact with both light and oxygen. The highly reactive singlet oxygen attacks the cell membranes of gram-positive bacteria
(including MRSA, VRE, etc.), which ultimately leads to a dying-off of the affected microbes. Singlet oxygen is already in widespread use within medicine.

You can find more information here